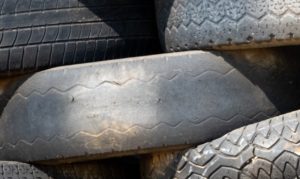 To reliably block malware executables, scripts, and libraries, including Ransomware, you must add some form of Application Execution Control to your toolbox.

One of my colleagues recently used one of the best analogies I’ve heard when he said “Not using ‘application execution control’ as a means of securing your computers is like driving on bald tires. It’s not if, it’s when.” We continue to read about cyber breaches almost every day, and generally keep doing the same old things for protection. For example, in March of this year, we read about the Georgia county that paid $400K in ransom, an amount considered very high for a relatively small local government entity. But, alas, we now hear about another ransomware event in June in Ft Lauderdale, where the city has reportedly agreed to pay $600K in ransom—after making the decision to spend over $1M for new hardware. It was as though the latter hacker said, “You think $400k is high? Hold my
beer!” The Ft Lauderdale breach was another instance of the all too familiar situation where “The hackers apparently got into the city’s system when an employee clicked on an email link that allowed them to upload malware.” This was an instance of very lucrative low-hanging fruit. There is no doubt that Ft Lauderdale had installed layers of security to protect themselves from this attack. But… if these layers are “default-allow,” it is truly akin to driving on bald tires. Given that the ransom payouts were made in both instances, it is unlikely such breaches will be any less expensive going forward. In fact, ransom demands will probably increase because ransom payments embolden hackers.

How do I protect my company?

For example, White Cloud Security’s Trust Lockdown is a patented execution control solution that permits users to install this prevention layer quickly and easily. Trust Lockdown is delivered as a SaaS with four options for deployment: public cloud, private cloud, Oracle OCI, and data center appliance. Additionally, Trust Lockdown has many other features you would not normally associate with such protection.

It also includes protection against malicious scripts and libraries by default. For the insider threat, it incorporates “one-click” lone wolf remediation, and with the private cloud/Oracle OCI, and DCA options there is also the capability for two-person (or more )
approval action to prevent lone wolf attacks—ideal for government classified material and sensitive private enterprise activity. White Cloud Security’s patented cyber metric handprint technology (use of multiple secure hashes plus the file length to authenticate software before it runs) is your best insurance against a hash collision attack and it enforces a “Zero Trust” security model as a real-time File Integrity Management system.

Who is using Trust Lockdown, and how do I get it?

If you think you might be driving on “bald tires,” and would like to join others in the financial, chemical, first-responders, military, medical, global charity, insurance, and other industries who have adopted this new and revolutionary approach to end point security—making comments such as “I wish I had done this a long time ago…” along the way, or simply have your doubts and want to verify, let us know. Trials, or proofs of concept, are offered at no charge, so the only up-front investment is time. Go here for a free demo/pilot.